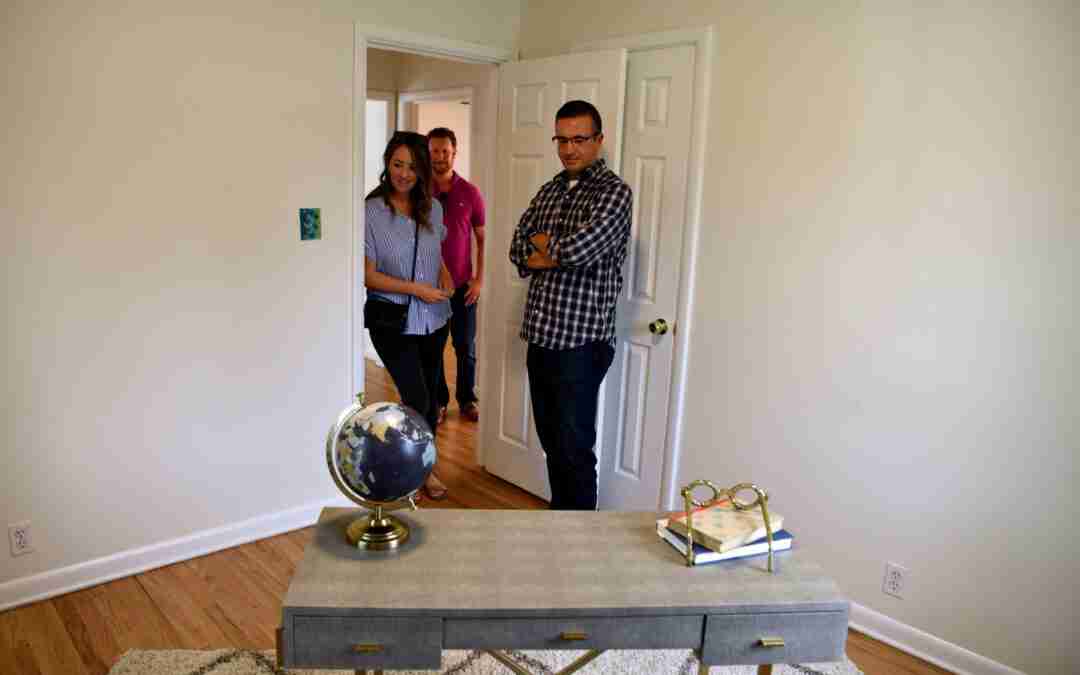 DENVER, CO – JUNE 23: Bret Weinstein, (center), CEO of BSW Real Estate shows a home in Denver to one of his recently hired employees Richard Yager, (right), and his wife Lindsay Yager, (left), on Wednesday, June 23, 2021. The Yager’s moved from Florida and are looking for a home to purchase.

The market has undergone a shift in recent weeks, not unlike a cold front that ends a spell of record heat.  It could provide significant relief to buyers if it continues, according to local real estate agents.

“The market has begun to move over the last two to three weeks and has been very noticeable to most agents within the last seven days,” said Bret Weinstein, founder and CEO of BSW Real Estate in Denver. “There is absolutely a market shift occurring.”

Whereas a popular listing might have attracted more than a hundred showings and 15 to 20 serious offers earlier this year, now even a “great property at an affordable price point” might see 30 to 40 showings and three to four offers, Weinstein said.

Granted, at any point before the pandemic, that would still represent a robust seller’s market. But for buyers tired of putting in offer after offer and losing, any kind of tempering will improve their odds of actually landing a home.

“It still is a very difficult market for buyers — it has been an exhausting market,” said Brady Miller, the CEO of Trelora in Denver. “For the last two weeks, we have been seeing some signs of relief. We aren’t seeing 12 to 15 offers. There are more houses on the market and prices are leveling off.”

The slowdown isn’t just happening in Denver. ShowingTime, which manages the scheduling of showings for more than 1.5 million active listings, noticed a significant drop in showing activity in May compared to April in 28 of the 30 cities it tracks, including Denver.