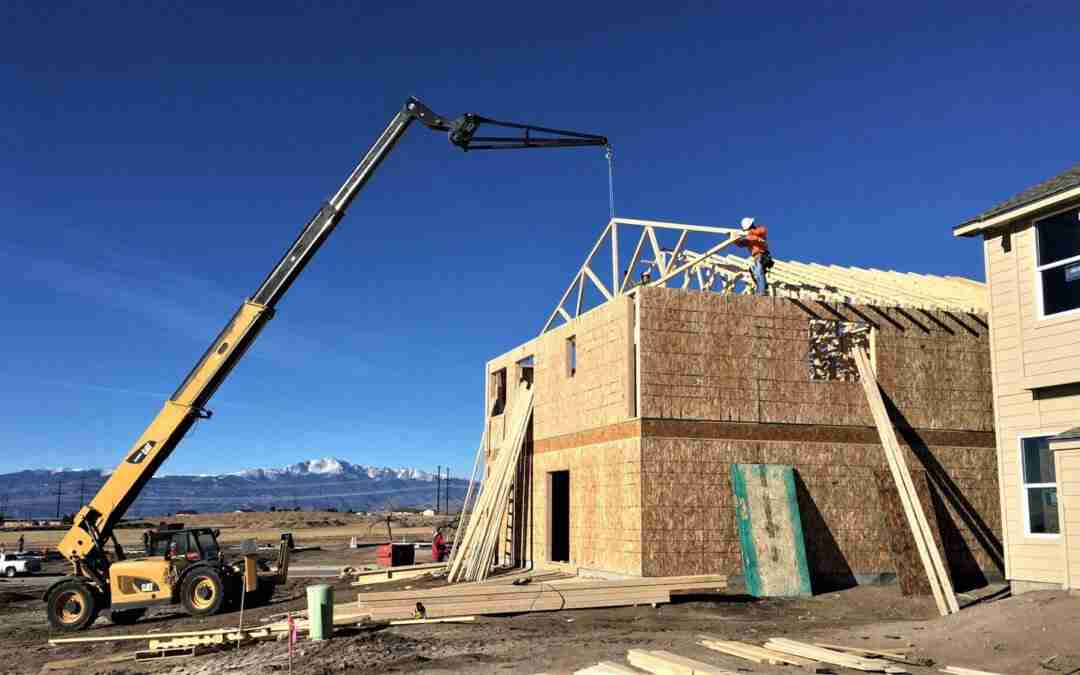 A construction crew works on a home, Tuesday, in the Bent Grass development, in unincorporated Falcon outside Colorado Springs. January was another strong month for Springs-area builders. The Pikes Peak Regional Building Department issued 459 permits for the construction of single-family, detached homes last month, the most for any month in nearly 15½ years. RICH LADEN, THE GAZETTE  Search homes for sale Flying Horse, Colorado Springs, at  www.rehava.com

In January, the Pikes Peak Regional Building Department issued 459 permits for the construction of single-family, detached homes in El Paso County, according to a report this week by the agency.

That’s an almost 40% year-over-year increase and the highest number of permits in any month since 482 were issued in August 2005 — a nearly 15½-year span.

January’s permit activity picked up where last year left off.

In 2020, single-family home building permits issued by the Regional Building Department totaled just shy of 4,500, which was the most for any year since a record 5,314 permits in 2005.

“It’s crazy,” said John Bissett, president of JM Weston Homes, a Springs-area town home builder.  Bissett described his company’s business as “phenomenal.” JM West generally builds a little less than 100 units a year, which sell in the $300,000 price range, he said. But the company is poised to exceed that figure by at least 50% in 2021.  We have more sales and backlog today than we had closings (completed transactions) in 2020, Bissett said Tuesday.

Builders and housing industry experts have pointed to several factors as driving the demand for new homes. Among them:

• Mortgage rates are at their lowest point in roughly a half century, according to mortgage buyer Freddie Mac. At the start of 2020, 30-year, fixed-rate loans averaged 3.72% nationally. By year’s end, rates had fallen more than a full percentage point to 2.67%. Last week, long-term mortgage rates averaged 2.73%.

• A shortage of existing homes on the resale side of the market has driven many buyers in search of new homes. In December, the supply of homes listed for sale by area real estate agents totaled just 530, a Pikes Peak Association of Realtors report shows. That was the lowest in at least 25 years, according to historical data compiled by The Gazette.

• The local economy has remained relatively healthy despite the COVID-19 pandemic. One indicator: year-to-date city sales tax collections at the end of 2020 — a sign of consumer and business spending — were down by just 0.2% from the same time in 2019, even as restaurants temporarily closed their dining rooms at different times last year and hotels saw a big drop in bookings.

Colorado Springs’ quality of life also plays a major role in attracting new residents, who in turn want to buy homes.  The city has ranked high in U.S. News & World Report rankings in recent years as a desirable place to live.

The region has an awful lot to offer and I think we’re seeing a lot of in-migration.  Affordability has certainly taken a hit, with the imposition of commodity tariffs and lumber increases over the last year-and-half or so. Our costs have gone up significantly in some of those areas. However, relatively speaking, compared to other areas, we are still moderately affordable.