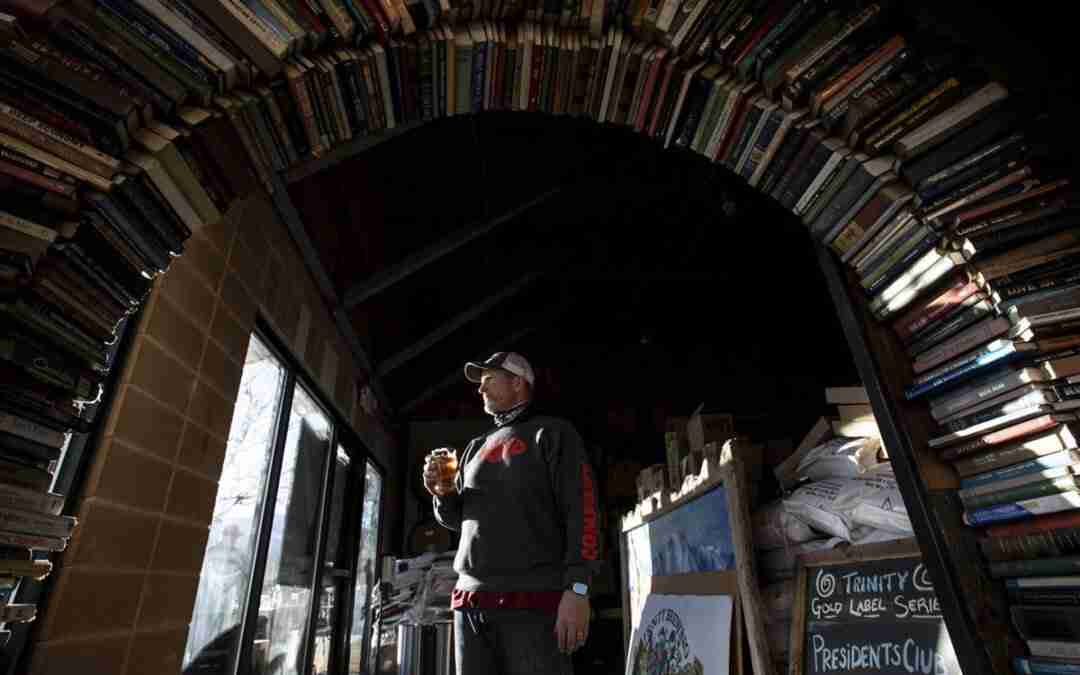 Matt Dettmann, new owner of Trinity Brewing Company, pours a glass of Space Force IPA inside the brewery this month at 1466 Garden of the Gods Road in Colorado Springs. Search homes for sale Flying Horse, Colorado Springs at www.rehava.com

Matt Dettmann didn’t set out to take over a business in the middle of a pandemic. But when you’re an entrepreneur with an eye for opportunity, and serendipity seems to drop one in your lap, you try not to let timing stand in the way.

“Even in a perfect economy, risk is high,” said Dettmann, a Colorado Springs restaurateur who, in July, bought Trinity Brewing Co. from founder Jason Yester.

“A bunch of things happened and kind of came together that made this opportunity possible, and I’m just so glad to be able to do it.”

BREWPUB OFF OF GARDEN OF THE GODS ROAD

Dettmann, 51, has been in the Springs since 2009, a year after Trinity opened. He said he’s been a long-time customer at the award-winning brewpub, off Garden of the Gods Road.

Back then, there weren’t a lot of brewpubs in Colorado Springs,” said Dettmann.  Now the city is home to more than two dozen. Trinity is in such a unique spot and it just did so many things and has always been extremely creative, pioneering so many styles that every place is doing now.

In addition to a background in restaurants and real estate, Dettmann’s resume includes work as a Hollywood foley artist, providing “everyday sound effects” such as doors closing and glass breaking for blockbuster films such as “Spider-Man” and “Identity” in the 1990s and early 2000s.

Graduating into brewing is a dream come true. If I could be anywhere, I would be in the brewhouse, all day everyday, Dettmann said.

DO YOU KNOW YOUR SOURS AND SAISONS?

When Yester opened the brewpub in 2008, now-familiar beer terms like “sours” and “saisons” were more likely to raise eyebrows than glasses.  Scoring a barrel-aged brew was a rarity. It’s sophomore year, Trinity earned its first medal at the Great American Beer Festival.  It was for a Wild Ale style beer made with wild Brettanomyces yeast. It was ranked the top brewpub in the state for six years running, starting in 2012, and the 27th best brewpub in the world in 2011, by the website ratebeer.com. Its brews were twice included among the top 25 beers in the world by Draft Magazine.

Yester said in July that he sold the brewery and would be departing at the end of the month to pursue the “next chapter” in his life.

“Times have changed and I am respectfully exiting under my own power,” said Yester, who is lending his nonbrewing talents to the production of a “Portlandia”-style show about Manitou Springs, called “Laundromat Chronicles.”

Dettmann said Trinity will continue the traditions of creativity and innovation Yester established. Though he’s been a homebrewer for more than a decade, Dettmann is taking a back seat in the brewery, which is run by Jon Taylor, a former brewhouse chief for San Francisco’s Magnolia Brewing Co.